Lung cancer, also known as pulmonary cancer, is a malignant growth that has its origin in the cells lining the airways. Even ahead of breast cancer, colon cancer and prostate cancer, lung cancer is the most common lethal cancer in Germany. Histologically (so with regard to cell and tissue analysis), small cell lung carcinoma (SCLC), non small cell lung carcinoma (NSCLC) such as adenocarcinoma and squamous cell carcinomas, and further types of carcinoma (sarcomatoid carcinoma and neuroendocrine tumors among others) are differentiated. The differentiation between SCLC and NSCLC is based on their diverging biological behavior, prognosis, and treatment options.

In recent years, drastic changes have occurred in the medication treatment of the NSCLC subgroup. For many NSCLC, so-called driver mutations specific to this subtype have been identified and offer a perfect starting point for personalized treatment. The identification of the driver mutations of in particular the epidermal growth factor receptor (EGFR) and the ALK gene, in combination with the development of target oriented medication, has led to dramatic therapeutic success. With the discovery of new driver mutations in the genes ROS1, BRAF, KRAS, HER2, c-MET, RET, PIK3CA, FGFR1, and DDR2 and new drugs tailored to this discovery, the success story of personalized targeted therapies finds continuation.

More than 20.000 genes determine the tumor-biological behavior (growth rate, aggression, metastasis, response to treatment) of any given tumor, yet only a few find consideration in conventional cancer treatment selection.

From a floating iceberg less than 20% is visible on the surface. In contrast, the percentage of treatment-relevant tumor genes routinely recognized by the oncologist is only a few in a thousand.

NextGen Oncology offers a wide range of cutting-edge genetic analyses to uncover clinically relevant features of the individual tumor. These innovative methods offer oncologists an in-depth look at the tumor biology/genetics, thus paving the way to a personalized cancer treatment.

Our highly recommended ELE.PHANT Assay  is a start-of-the-art contribution to a personalized treatment by precision oncology.

By Liquid Biopsy (LINK) a tumor and the treatment tailored to it can be assessed without having to undergo an invasive tumor tissue biopsy. A mere blood sample is enough. Circulating tumor cells (CTCs) or circulating cell-free tumor DNA (cftDNA) form the analytical basis of liquid biopsy. NextGen Oncology offers sensitive technologies for the determination of circulating tumor cells (CTCs) in the peripheral blood for estimation of the tumor burden and even more important for treatment response monitoring.

In this context, an analysis of the mutation spectrum of circulating free tumor DNA (cfDNA) in the patient’s blood plasma enables the monitoring of the response to a treatment with mutation-specific drugs. This test is of particular clinical importance since tumors treated with targeted therapy often change their mutational pattern within several months. If this happens, they no longer respond to the current therapy.

Cytotoxic treatment offers uncertain prospects of success while severely limiting a patient’s quality of life. Our chemosensitivity tests move away from the trial and error principle of conventional cytotoxic treatment. A prediction of response to a great variety of cytotoxic drugs and natural compounds is the focus of these tests.

In recent years, a deeper insight into the complex tumor immunology as well as the availability of new genetic tools have promoted the development of vaccine-based cancer immunotherapy.

These innovations in developing individual vaccines are bringing the dream of personalized, highly specific and gentle cancer therapy closer to realization. NextGen Oncology is focused on the design of personalized cancer vaccines based on the individual mutation pattern of the patient, so-called mutated neoantigen peptide vaccines.

The standard procedure for the storage of tumor tissue involves formalin fixation and embedding of the fixed tissue in paraffin blocks (FFPE blocks). The quality of FFPE block tissue is quit often impaired by various formalin-fixation related artefacts. This can undoubtedly be a serious drawback for present and future analytical procedures. Keeping this in mind, it can be of critical importance to have higher quality tumor tissue at hand. Deep-freezing (cryopreservation) of the tumor tissue is the solution. Uomorphis as part of the NextGen Oncology Group offers such cryopreservation, either as standard preservation frozen in the gas phase of liquid nitrogen at a temperature of under -190°C or as LIFE cryopreservation, in which the tumor cells are isolated and frozen alive in a computer-controlled specialized medium.

To determine the best and most promising course of action in your case, you are very welcome to contact MUDr. Luzbetak for a personal consultation.

We are happy to consult you in finding the right treatment for Lung Cancer! 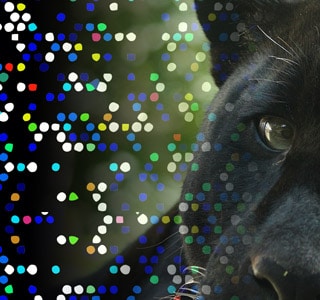 PANTHER measures the activity of all human genes (transcriptome). Based on numerous published gene expression signatures, PANTHER provides the treating oncologist with a wealth of valuable information for personalized therapeutic decisions. 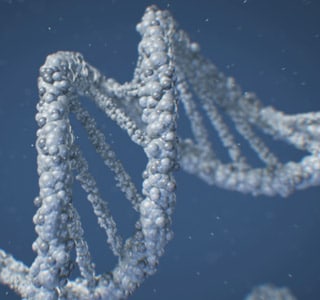 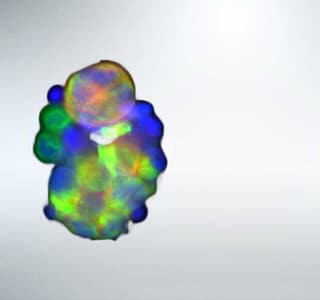 Circulating tumor DNA (cfDNA) represents an accurate reflection of a tumor’s mutation pattern in the blood plasma. It is mostly used for real-time response monitoring to targeted drug treatment and as a surrogate analysis of a tumor’s mutational status in cases where no tumor tissue is accessible. 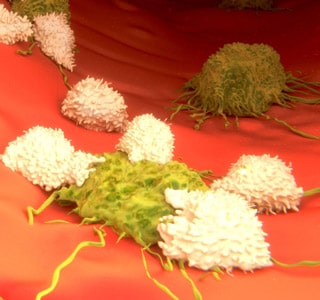 The test serves to determine how the blood is affected by tumor cells. It allows for a molecular-genetic characterization of the tumor disease (real-time liquid biopsy). 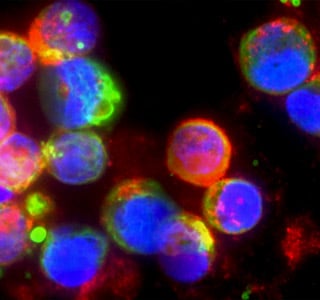